WE DO. Romancing the Bridal Market. 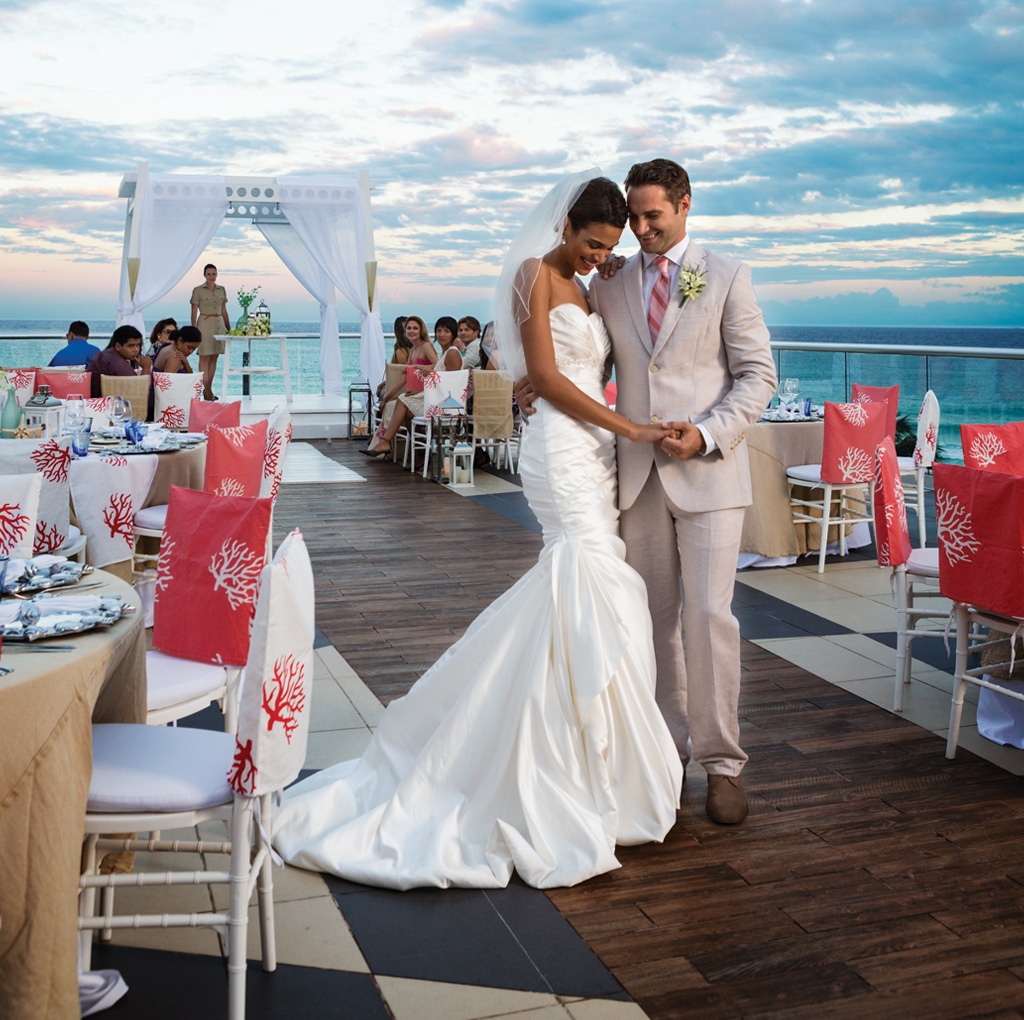 Every little girl dreams of her big day. She’s finally engaged to the man of her dreams, and then reality hits: it’s time to plan a wedding. In the days of a never-ending stream of content, where does the bride actually begin to plan her fairytale wedding?

It used to be, you and mom would simply grab dad’s checkbook and pay a visit to Franck the wedding planner…and then just keep paying and paying and paying. But the world has changed a lot in one generation. TV shows like “The Bachelorette” and “Bridezillas” have transformed a once-traditional industry into a virtual free-for-all. We’ve gone from a struggle to keep up with The Jones’ to “Keeping up with The Kardashians”, overnight. Today’s brides are anything but predictable and cookie-cutter. They’re looking for something unlike anything they’ve ever experienced. They want different, exciting, fun…total wow factor. Whether it’s an extravagant soiree, intimate affair or off-the-beaten-path nuptials, the bride and groom want their guests to walk away saying, “wow, that was an amazing wedding.”

Just as today’s bride is untraditional, so, too, should be the marketing approach to reach this niche market. While continuing to place ads in established media like print and television remain important, the approach should also have a heavy focus on mobile and social efforts. After all, the Millennial market is constantly connected to their devices. She may be giving her hand in marriage, but her eyes and ears all belong to Apple and Android. Mobile has become imperative for “on the go” couples. Between lunch breaks, at work and on commutes, brides find any excuse to continue researching via mobile.

When searching for venues, vendors or inspiration for the
big day, brides also turn to social platforms like Facebook, Instagram and Pinterest. These accessible resources have replaced the maid-of-honor as the bride’s true BFF, and have dramatically changed how she discovers where to host her wedding or where to find new ideas. According to Pinterest, 81% of engaged Pinners started planning on Pinterest before even getting engaged. Think about that. Today’s brides are confiding with Pinterest more than with their beloved. Crazy.

From venue inspiration to customizable experiences, those brands that properly align their platforms to appeal to the bridal community have the opportunity to be a part of each bride’s journey. Do you accept this rose?

How Data Fills the SALES FUNNEL 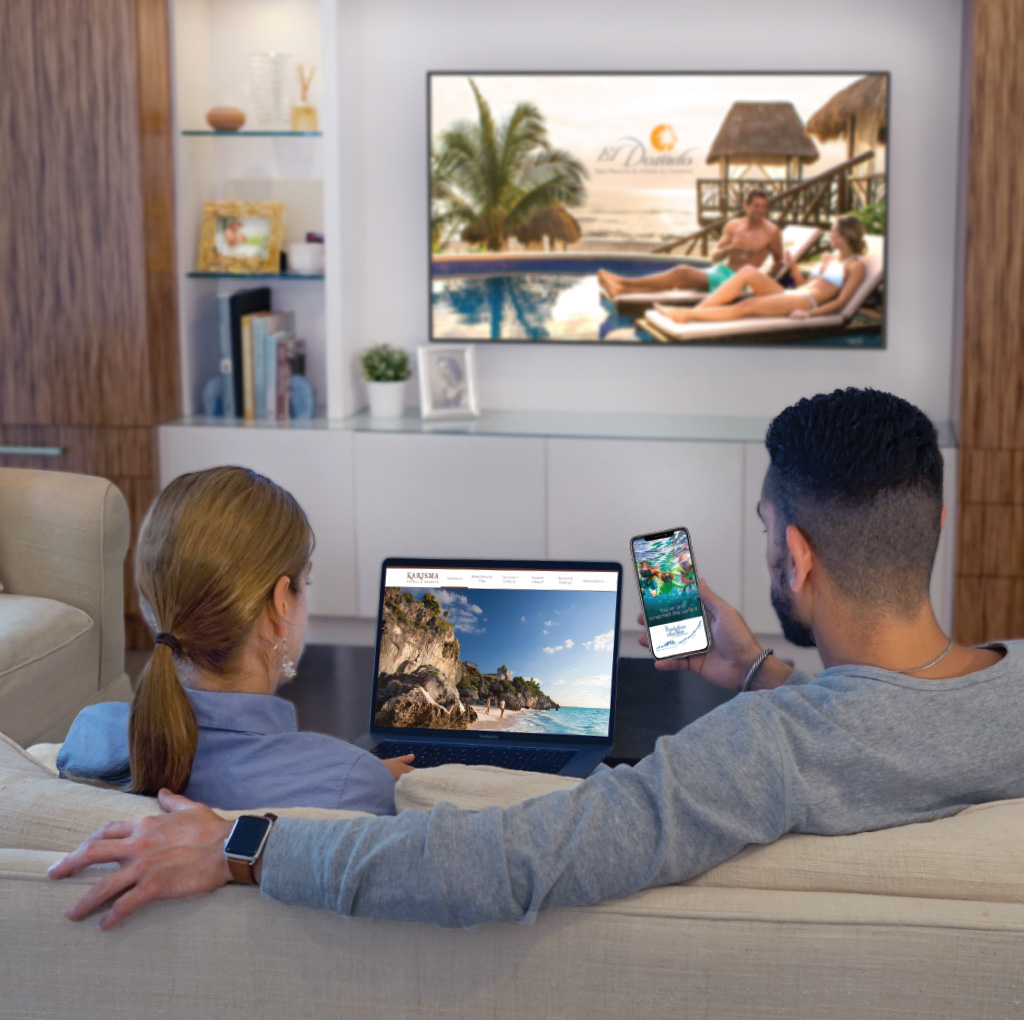 In a world of ever-evolving technology, the media landscape and the way people consume is in a constant state of flux. And while it’s easy to be overwhelmed when looked at on a grand scale, you can take some comfort in knowing it has always been this way. We can go back to the era of the printing press…or Marconi’s radio…or the invention of television. Today, it’s that amorphous thing called “digital.” Nobody really knows for sure what it is, but they know it when they see it, and every marketing plan better it. The media may change, but the goal has always been the sameHow do we get the message we’re trying to sell in front of the people we’re trying to sell it to?”

No matter how we initially reach them, our sole mission is to drive prospects through a funnel that leads to one thing: a sale, with ideally, a long-term relationship. The biggest change with the advent of technology is that we’ve never been better able to capture data along the way that allows us to customize our message to the people we’re trying to reach.

Today, even traditional media like television and radio are anything but traditional. Set-Top box data has advanced the case that TV is alive and well, and not just through broadcast and cable, but via Over-The-Top television like Apple TV or Roku, and apps on Smart TVs. Data Learning allows us to track viewers on digital devices after they’ve been exposed to a commercial on a Smart TV. And while terrestrial radio may have given way to online radio/audio such as Pandora and Spotify, prospects are still listening, and data gleaned from their listening habits allows us to better target them with precise messaging.

Magazines may be the least dependent on data, but publishers are better equipped to gather more information about their readers and delve deeper into their demographic backgrounds. The point is, once we get that data, we’re better able to deliver a targeted message directly to our prospects through the devices that never leave their hands.

When it comes to marketing travel, the first step is creating a compelling message through imagery, music sound that stimulates awareness among the widest range of prospects and seduces them into the funnel. Here, in the upper stage, we begin to capture data. We’ll use this information to tailor communication through the rest of the process.

Once a prospect has shown interest, they enter the middle of the funnel. In this secondary stage, we’ll use data generated in the upper funnel to send to those who have engaged with your advertising or website. Pixel technology embedded in digital media allows us to track them for retargeting on a multitude of platforms, including social media and ad networks.

Now, we’re in the home stretch. We’ve caught their attention and captured their data. We know who they are they know who you are. Welcome to the lower funnel this point, the prospect has narrowed their choices and wants more information is the ideal time to deploy travel platforms like Adara and Sojern travel data specialists have exclusive partnerships with Online Travel Agencies (OTAs) and other travel companies (hotels, cruise lines, airlines, etc.). Once the consumer has moved to the bottom of the funnel and into the booking window, timely emails from these data providers are able to serve them advertising in real time, allowing your product to be the last ad they see before booking. Like an unobtrusive waiter, we’ll be there to serve them exactly what they need at the exact moment they need it, and hopefully make the sale.

But don’t pop any bottles just yet. You’re not finished. You may have made the sale, but the marketing process never ends. Your best customer is your past customer, and you want them to come back again and again. Customer Relation Management (CRM) will allow you to use the data you’ve been collecting throughout the process to remarket to everyone who has expressed interest in your product. By keeping in touch with them through various digital platforms (emails or digital advertising) or print collateral (brochures or postcards), you’ll be able to maintain top-of-mind and provide them with special offers and incentives to return.

Now, go ahead and start planning a vacation of your own and get ready for the next wave of technology to take over.

How to Speak to the INTERNATIONAL TRAVELER 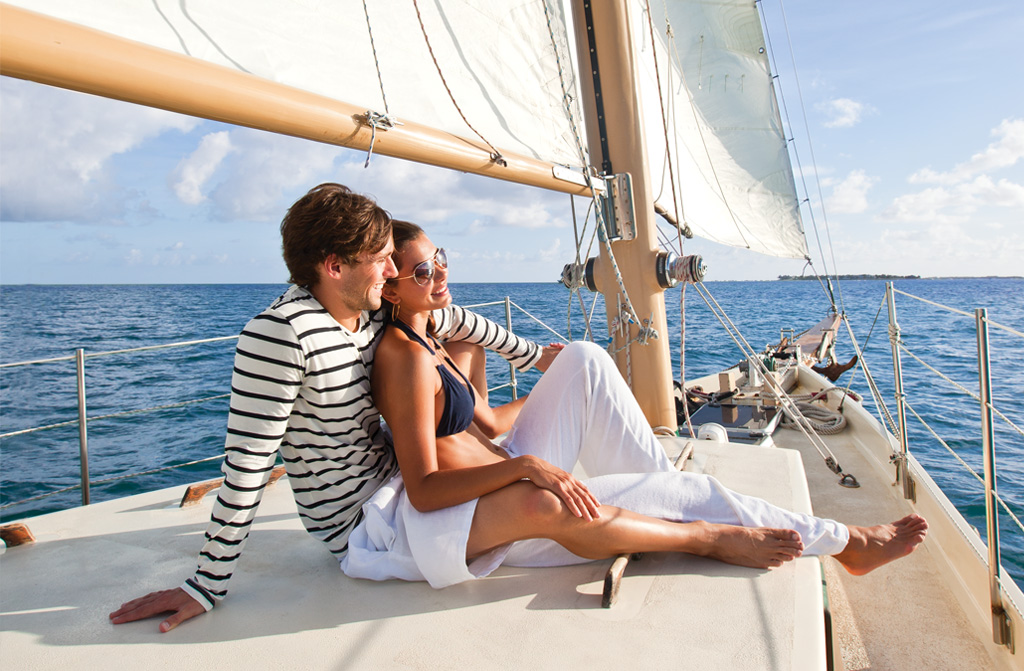 These are interesting and challenging times in America, to say the least. A strong dollar and controversial immigration and travel policies have led to a decline in U.S. tourism. According to the UNWorldTourism Organization, the number of trips made by global travelers surged 7% in 2017. But they’re just not coming here. Travel to the U.S. fell by 4% in 2017, following a 2% drop the year before…bumping the U.S. to third place among the world’s most visited nations, trailing France and Spain. Now, more than ever, marketers need to put out the welcome mat and send an inviting message to international travelers around the globe.

Notable Global Traveler Insights
In a world drawn closer by the internet, and more informed by 24-hour news cycles, we need to be sensitive to world events. Political unrest and terrorist attacks haven’t affected the overall number of international trips, but they’ve had a significant impact on where travelers choose to go. Destinations with a positive safety message are reaping the rewards.

The cruise industry continues to see explosive growth. Visits to cruise websites have almost doubled in the last three years, with 32% year-over-year growth in 2017 alone, according to Adobe Digital Insights Europe Travel Trends Report 2017. Interest in cruises rises an average of 20% in January- March of each year, with most consumers booking summer cruises in January.

Car rentals, however, are experiencing a decline due to ride-sharing apps like Uber & Lyft and the increased popularity of one-stop destinations such as cruises and all-inclusive resorts.

European Travelers
A strong U.S. dollar makes this a great time for Americans to travel the world, but more expensive for Europeans to come here. They’re still coming, though, thanks to plummeting long-haul air travel prices caused by increased competition from budget airlines. And they’re typically staying two weeks or longer. Germany recorded the highest level of spending international travel, followed by the UK and France. Data from ODIGEO, Europe’s largest online travel company, is predicting that San Francisco, Miami Los Angeles will likely receive a boost in tourism in 2018 driven by flights, key sporting events, and clever investment by local governments.

Brazilian Travelers
Despite a deep recession that began in early 2014, and a severe depreciation of the Brazilian Real versus the U.S. dollar that has made travel to the U.S. considerably less affordable, the United States remains the number one destination for Brazilian travelers, and they continue to spend heavily here. In fact, the U.S. attracts more Brazilian travelers than any other country, including their own Latin American neighbors.

Chinese Travelers
Chinese travelers are perhaps the biggest segment to keep an eye on and in the future. According to China Outbound Travel and Tourism Market Analysis 2012 – 2017 and Forecast 2018 – 2024, Chinese visitors spend more in the U.S. than visitors from any other country, and Chinese travelers mostly travel for pleasure. By 2030, tourists from Asia will lead all regions of the world in total departures and travel expenditures. And of all Asian countries, China will play the biggest part in this growth thanks to rising incomes that are driving exceptional growth in spending and travel.

Some noteworthy insights about the Chinese market come from a study done by TripAdvisor China and The Boston Consulting Group. Chinese travelers prefer to travel in February, May October, which is typically a slower period for many Western destinations. On average, they spend 40% of their travel budgets on shopping, especially on luxury goods and bargains on premium brands. They tend to be and have shorter travel planning timelines. And most significantly, they’re willing to pay a premium for lodging, dining shopping.

What does it all mean?
If we’re seeing one consistent pattern, it’s that despite all the politics and global economic turmoil, people from around the world still want to come to the United States. The key is to make them feel welcome when they do.

TINSLEY SADDLES UP FOR THE RUSTIC INN AT JACKSON HOLE

Did you ever dream you were a cowboy or a princess? Your childhood dreams become reality in our new campaign for The Rustic Inn Creekside Resort and Spa at Jackson Hole, Wyoming. In this series of five videos, we covered everything from accommodations and amenities to locally sourced cuisine and mountain adventures.

Each video was created to entice a different sub-set of our target audience. In “Wake up” and “Go with the Flow” we highlight the Zen side of the mountain experience where everything revolves around the trout stream that flows through the property. The video “In the Heart” highlights western adventures from rock climbing and horseback riding to white water rafting and mountain biking, in and around Yellowstone and Grand Teton National Park. We explore the depth of resort accommodations in “Spread your Wings”, including the indulgent Spa Suites. In “Magical Adventures” we reconnect with our inner cowboy and show travelers how Rustic Inn creates lifelong memories for families.

Tinsley also created a long-form film that covers everything, including local game and the extensive wine cellar. Proving that you can go into the wild without giving up creature comforts.